Since COVID-19 forced most of us to work from home, we thought it would be fun to highlight the Battle Stations (read: WFH set-ups) that our team members have created for themselves.

Each week, we'll showcase one of our team members' Battle Stations by highlighting some of their favorite equipment. Best of all, we're providing Amazon links for you to purchase some of our equipment for your own Battle Station!

A creative haven for a design maven.

"I'm pretty happy with my workspace. Working from home has greatly improved my productivity. Even when I have cats laying across my lap, I have a much easier time getting into the groove and focusing when I'm in my element and have my set up just that way I like it. My 4k monitor is perfect for designing because the colors are more vivid than on my laptop. It's hard to see in the photo, but I also have a custom built PC under my desk. That plus the 4k is perfect for WoW on my time off. The only things I have on my wishlist are a Surface Pro and a digital scanner so I can easily digitize my art."
- Kelsey

KrumDaddy: the Battle Station that inspired it all.

Affectionately coined KrumDaddy, this Battle Station belongs to our CEO's father, Chip. This Apple IIe, released in 1982, is older than Colin himself! Growing up with a Battle Station like this, it's no wonder he found his passion in computers and software.

Want to show off your own Battle Station? We'd love to see it! Share a photo with us on any of our social media platforms for a chance to be featured.

A Battle Station fit for a support engineer by day, and a streamer by night.

"I primarily program on my larger monitor. All of the screen real-estate is super nice when looking at hundreds of lines of code. On my smaller monitor I'll keep any documentation up on the side for easy reference. My keyboard has built-in sound controls that make it easy to target individual sound sources and control them on the fly. I built my own PC using a Corsair Mid Tower ATX, Ryzen 5800x CPU, and Nvidia RTX 3060ti GPU. Eventually I want to start streaming but for now I mostly use my microphone and webcam to chat with my friends on Discord when I'm not working." - Eddie

He may be somewhat of a newbie but his Battle Station rivals those of the most hardened developers and engineers.

"The 4K is used mostly for code and testing apps on a large scale screen (and for gaming during off hours). The right monitor is usually my terminal for watching what's happening while running apps, browser developer tools, and whatever reference material I might need. I use the tablet to jot down quick notes and things to reference, and the laptop is mainly used for Slack and Google Meets." - Logan

"Space to spread out is essential; two 4Ks = 8 monitors and endless terminal space. The Stream Deck is programmed to help me bounce around between customer development environments. My ultimate weapon is the full-size keyboard with blue switches. The MacBook lets me develop and test iOS applications, but don't be fooled, I'm all Windows and Linux. And I think I've used the standing desk at least twice." - Colin

"It’s important in my role to be able to multitask effectively. My iPad Pro makes it easy to do just that. It provides extra space for design beyond my MacBook Pro. I use it primarily for sketching as a means of getting ideas out of my head when I’m working. I also receive Slack notifications and listen to music on my iPad." - Kyera

This week, we've got Richie's Battle Station on full display. Richie is in charge of business operations and finance, and his set-up is reflective of that.

"The curved monitors reduce the glare from the sunlight spilling into my office. They're marketed to appeal to PC gamers but I've found that they're perfect for working on spreadsheets and generating reports. The curvature is easier on the eyes and makes working with multiple monitors a little easier. I also love my standing desk and tall chair because they allow me to stretch my legs without walking away from my work."- Richie

If you're interested in buying Richie's curved monitors for your own office, we've got you covered with our Amazon Associate* link.

This week we're highlighting one of our interns in-office Battle Station. Casey works alongside Richie, our Business Operations and Finance Chief.

"A lot of my time is spent on marketing and administration. My workspace isn't as fancy as some of our developers' or designers' workspaces but I'm still proud of it. I just recently discovered the Amphetamine app for macOS. Using that in tandem with my USB-C/HDMI adapter and my keyboard and mouse, it's almost like having an iMac with multiple monitors. I love it. Mechanical keyboards are all the rage nowadays and it's hard to find a reasonably-priced keyboard with a Mac layout, but I bought a Keychron K2 keyboard and I don't have any complaints." -Casey

To purchase Casey's favorite equipment, use our Amazon Associate* links below.

Today kicks off our Battle Stations series! This week, get a peek inside Brady's Battle Station--one of our extraordinary software engineers.

Here's a  brief rundown of his set-up: Brady uses two Dell U2711 monitors, and one Acer H233H monitor, mounted using 2 Vivo Monitor/Laptop mounts. His keyboard is an old-school IBM Model M Keyboard, but there is a modern version with modern Windows keys available at pckeyboard.com. Usually, a second work laptop resides under the laptop shown in the picture (Lenovo T430), and Brady also wrote his own scripts using software called 'ssh' (Secure Shell) and 'ssfh', which allow him to remote into his work laptop from his home desktop, access his work files from home, and utilize 3 monitors without having to connect a plethora of cables.

See something you like? Shop for Brady's equipment using our Amazon Associate* links!

Planning a Project at Krumware 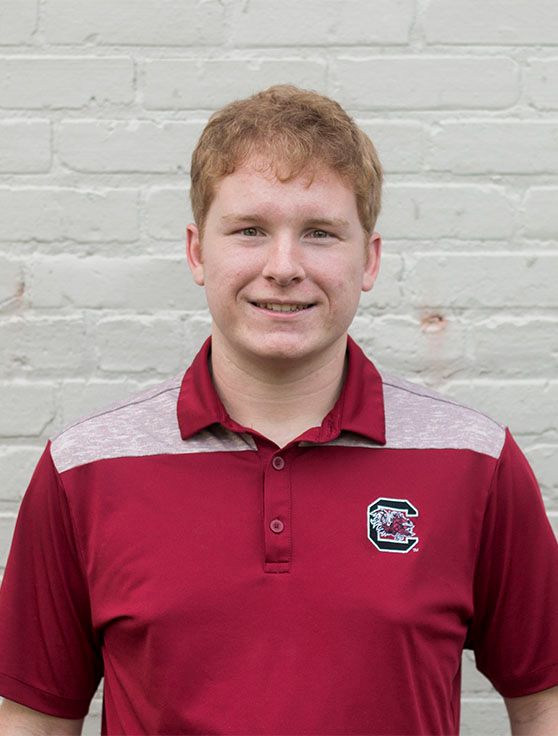