You’ve said before that you have two dogs and two ferrets. So I must ask, why ferrets?

I’ve always loved ferrets. They’re very clumsy, sleep a ton, make the cutest sound called dooking whenever they’re happy or excited, and love just lounging around most of the time. But when it’s time to play, it’s time to play. They’ll zoom around, jumping on everything that moves; climbing pant legs, terrorizing my cat a bit, you know, normal ferret things. It’s hilarious to watch and definitely a highlight to my day.

I first looked into them as pets back in early high school, and I think that idea was shut down pretty quickly by my parents. I’ve wanted one ever since. One day, my fiancé and I were going into a local pet store just to look at the animals, with absolutely no intention of buying. This whole pet store is open cages, so you’re allowed to just pick up and hold the animals while you’re browsing around the store. They had a ferret on display, so my fiancé picked the ferret up and carried her the entire time we were there. Eventually, the ferret just fell asleep in her arms and there was no going back from there. I’d already done tons of research into raising them, and knew what it involved, so we got her and that was our first ferret, Eevee. About 6 months later, we knew she needed a friend so we went back to the same pet store and got Chonky, who, as the name suggests, is a lot bigger than she is. They’re best friends and spend every moment together.

All of our other animals get along with them, so we can let them roam our house pretty freely, with just a bit of supervision. Our dogs want to play with them and love to chase them around a bit. Our cat thinks they’re his kittens and treats them as such. He licks them clean and will scruff them and carry them around the house if they misbehave too much.

They’re definitely not pets for everyone. They can stink pretty heavily if you don’t keep their cage clean and will bite if you don’t train them not to. But if you’re willing to put in the time and effort, just like with any other pet, they’re great pets. Ours are a wonderful addition to our little family.

What advice would you give to someone who is considering raising ferrets?

Just like with any pet, they’re going to need attention and time from your day. If you don’t have the time or ability to give them that attention, please don’t get them. They’re commonly abandoned and given away because people will get a ferret thinking it’s as easy to care for as a hamster or gerbil, but they’re exotic carnivores, not rodents. They’re a lot more expensive (exotic vets are not cheap) and can be difficult to handle if you haven’t owned anything similar before.

But disclaimers aside, the best advice I can give is to get at least 2. They’re social animals and watching them play together is so much fun. Look into bite training them when they’re young because it’s much more difficult as they get older.

Other than that, just spend time with them. Love them like you would a dog or a cat, and treat them like it as well. They’re great animals and I highly recommend them to anyone who is capable and willing to accept the responsibility that comes with an exotic animal.

Like most of Krumware’s employees, you enjoy gaming. What’s your preferred console? Favorite games?

So I’ve always been a PC gamer. I’ve played games on a computer since I was a kid. I remember all the way back into elementary school, playing MMO’s online like MapleStory or Runescape. I’ve played Old School Runescape on and off for over a decade. My Steam library is pretty diverse, but the games I’ve enjoyed the most have probably been the Dishonored and Soulsborne games.

In terms of consoles, I grew up on Nintendo, so any Zelda game is a must for me. It’s definitely my favorite series of all time, with Ocarina of Time and Twilight Princess being my top two. Recently I’ve shifted most of my gaming to Playstation. I got one with the main priority of beating Demon’s Souls, but I haven’t actually gotten around to it yet. A lot of time recently has gone into the Persona series,  specifically Persona 5, which is one I never thought I would have liked. However, it is definitely in my top 3 games now. I just finished that one up last week, so definitely open to suggestions if anyone has any.

I also hear you are a chandler of sorts. Can you tell me about your candle-making?

I don’t think I would go as far as to call myself a chandler yet. Definitely an amateur, and just learning for fun. My fiancé and I started back in November just out of curiosity and looking for a fun hobby to do together. It can get a bit tense because we’re both perfectionists when it comes to making things, so pouring a candle is definitely one of the most stressful times. I’m looking to learn how to make pillar candles and carve them soon, so hopefully, that will come with some interesting developments.

What other types of DIY projects do you enjoy?

We just moved into our first house the we bought back in July 2020, so there are plenty of home improvement projects to do. That’s usually where any DIY time goes now, with the biggest planned update being a bathroom remodel.

Before we had a house to worry about, I did plenty of tech/computer projects. Before Krumware, most of my job was building escape rooms for a local company here in Columbia. It was a ton of fun, and got me involved in a lot of simple woodworking, basic electronics, PLC work, and more. I’ve been looking for a fun way to continue doing that kind of work since, and I’ve wanted to start on some side projects with Arduino. I’ve also gotten interested in the battle bots community, so building a minified version of a battle bot would be a ton of fun.

For the lay person, can you explain what Arduino is?

Arduino is basically an open-source platform used to build electronic projects. It’s a type of microcontroller that is very well known and supported. They come in a ton of different sizes and configurations for whatever your specific project needs. It lets you connect to the board from a computer and write code that can control anything connected to the board. A simple example would be something like a lamp that turns on when it gets darker than a set level outside. You would connect a light sensor to the Arduino, and use code to tell it to trigger a relay to complete the circuit (like flipping the light switch in your house) and that turns on the light. You could also connect the same logic but using a timer instead of a light sensor to turn it on at specific times of day. Obviously, these are very simple automations and microcontrollers can do much more than this, but that’s a basic example of what an Arduino or microcontroller could be used for.

Are you planning to use Arduino to build your bot, or do you have other projects in mind?

I haven’t given it too much thought, to be honest. It’s an option, but I’m not sure I would want to put something that expensive into a project that is meant to be destroyed. I would most likely start with something that already handles the basics, like an RC car, and work out from there to build a protective frame and attach some kind of secondary motor to control a weapon. I think my first arduino project would most likely be some kind of rudimentary home automation. Building my own video doorbell sounds like a fun one to start with, since all it needs is a wifi connection, a button, a speaker, a camera, and a lot of time.

I’d love to hear more about your interest in battle bots. Do you plan to recreate an existing battle bot, or design one of your own? Are there any local leagues that you’d like to join?

I think if I get around to building one, I would want to build something unique. There are the battlebots on TV, but those machines are 200 pounds of metal, takes years of research and expertise to build, and cost upwards of $20,000. I would much rather start with something I can carry on my own, and build in my garage. As for local leagues, I don’t know of any so this would be more of a private practice project. I was a part of First Lego League (FLL) when I was in middle school and it was a ton of fun. I would honestly say it’s where my interest in robotics and STEM in general began. The high school league uses, or at least at the time, used, a Vex kit. That’s probably where I would look to start, and then build out something much more custom in the future.

Getting Started with Web Accessibility 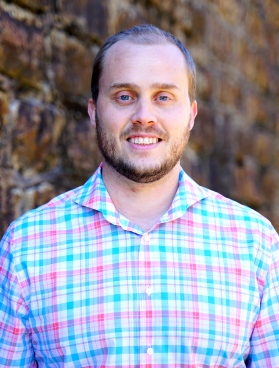